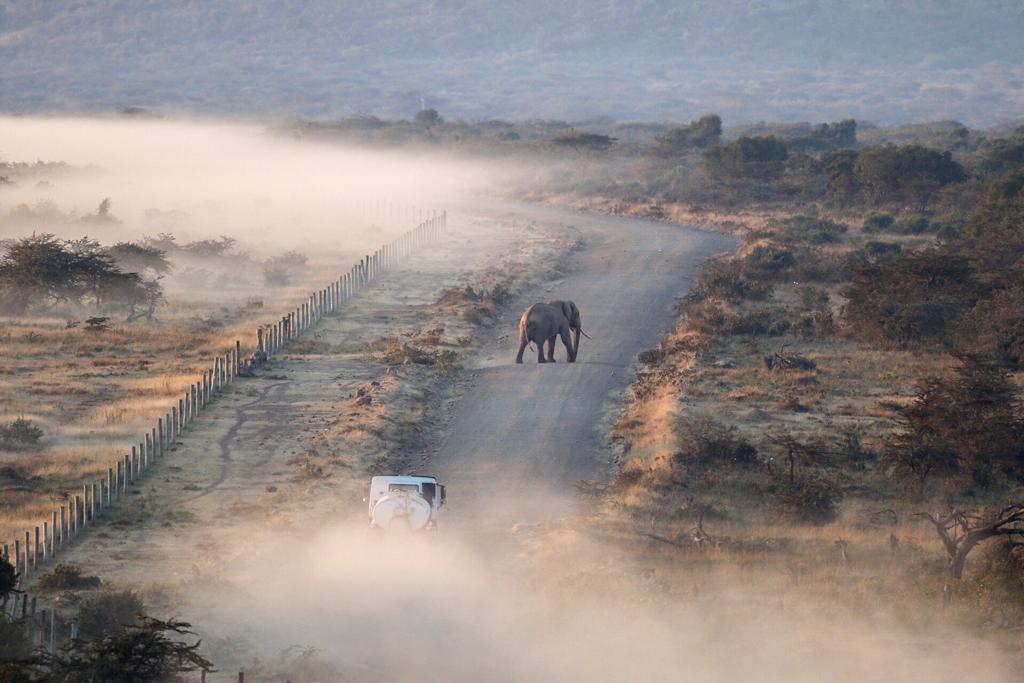 Just as humans require food and shelter, animals require habitat for survival.  Habitat includes the area needed to eat, drink and procreate. Without appropriate habitat, a species cannot survive.  While the impacts of habitat destruction are well understood, fragmentation – or breaking up – of habitat can be just as detrimental.  Because the land area has been interrupted, animals cannot easily move from one part to another leaving them on an island that can be insufficient for survival.

Habitat fragmentation is one of the primary causes of biodiversity decline across the world.  In addition to separating animals from critical resources such as food and breeding grounds, animal groups can also be separated from one another.

Fragmentation is caused by many things, but human development is the largest threat.  Road construction, increased traffic, pipelines, mining, and construction all contribute to this problem. Of these, roads have the most widespread and detrimental impact.  In addition to the physical removal of land from habitat for a new use, additional habitat may no longer be usable, due to increased light, noise, runoff, or pollution. Consideration of the entire footprint of a road is called ‘road ecology’.  In the United States, scientists estimate that the road system impacts the ecology of at least one-fifth of the country’s land area. In areas of the world with concentrated species, one road can have an outsized impact.

Roads damage wildlife in four ways.  First, they decrease quantity and quality of habitat. Second, they increase mortality due to wildlife-vehicle collisions.  Third, roads prevent access to resources on the other side of the road and, finally, they subdivide wildlife populations into smaller and more vulnerable sub-populations. Habitat fragmentation can lead to extinction if a population’s gene pool is sufficiently restricted.

As human population grows, the dangers of fragmentation and its impacts also increase.  It is critical that solutions be conceived and implemented during project development to minimize costs, avoid negative impacts, and allow people and nature to successfully coexist.  Of the solutions considered for road concerns, wildlife crossings are the most favored.

Corridors are a way to travel from one place to another.  People use them every day, but wildlife needs them too.  A wildlife corridor is a semi-natural, linear passage that allows animals to move between historically connected habitats despite the addition of a human impediment, such as a road.  By permitting animals to cross human-made barriers safely, these structures are the most common method used to minimize damage to wildlife populations and protect human safety.

Wildlife corridors are not a new idea.  Fish ladders date back to at least the 17thcentury.  Many European countries have constructed methods for animal movement for several decades; however, rapidly growing populations have increased wildlife conflicts and the demand for more animal accessibility.  Wildlife corridors can take many forms including underpass tunnels, viaducts, and overpasses or bridges, tunnels, strategic fence breaks or culverts.  These tools are often coupled with fencing to promote usage. The key to selecting a successful corridor is to tailor the solution to the animal species.  A corridor will not be successful if an animal will not or cannot make use of it.

A land bridge is an artificial wildlife corridor that provides a safe path for animals cross a road.   While not required for all corridors, bridges can be essential for certain species that are unlikely or unable to cross in a subterraneous alternative. Land bridges are also often a better alternative because they keep animals, particularly large mammals, off the roadway reducing danger to drivers.  This increased safety is more pronounced at night when large dark animals cannot be seen until impact is eminent.

In addition to conservation concerns, wildlife-vehicle collisions have a significant cost for human populations.  Collisions with wildlife damage property and injure or kill passengers and drivers.  In Europe, it is estimated that number of collisions with large mammals is approximately 507,000 per year, resulting in 300 people killed, 30,000 injured, and property damage exceeding $1 billion. In the U.S., 1.5 million traffic accidents involving deer cause an estimated $1.1 billion in vehicle damage each year. Wildlife-vehicle collisions in the United States result in 29,000 injuries and more than 200 fatalities per year.

In Kenya, similar road projects like the road from Isiolo to Moyale have shown significant road kill of species particularly at night in certain sections.  This is not unusual as tarmac roads often increase night travel when many animals have peak movement.  Animals including aardwolves, hyenas, foxes, eagles and even lions have been reportedly killed on the road.

Good for Kenya, Good for Mugie

Tourism contributes up to 13.7% of GDP in Kenya.  The vast majority of this tourism focuses on wild animals, which depends on good wildlife and habitat to support them.  Damaging this important resource is not just bad for Mugie, it is bad for Kenya.  The Kenyan Ministry of Environment and Natural Resources recognized the importance of conserving connectivity in their Kenya Vision 2030 document.  That document states that “Kenya’s wildlife is the envy of the world and a key economic asset.”  In addition, wildlife habitat has important ecosystem services co-benefits including water, livestock and fisheries just to name a few.

Kenya Vision 2030 recognizes the decline of wildlife population and the failure of ecosystem to provide services and human-wildlife conflict is on the rise and proposes the importance of conservation connectivity and corridors to maintain this important economic and heritage asset.  Stakeholder collaboration is critical in creating and maintaining these pathways.  Mugie Conservancy is perfectly positioned to assist in this important goal.

Mugie Conservancy is a 49,000 acre conservancy that rolls out across the Laikipia plateau on the edge of the Great Rift Valley, Kenya and is home to all the “Big Five”. The conservancy is home toseveral threatened and endangered species on the property including the reticulated giraffe, cheetahs and Grevy’s zebra and the National Museums of Kenya designated the property as an important breeding habitatfor the endangered Grey Crowned Crane.   In addition to the habitat on the property, Mugie is a critical factor in establishing connectivity and dispersal to Loisaba Conservancy, Tungai Community Conservancy and Laikipia Nature Conservancy.

The proposed improvement and reclassification of the Rumuruti-Mararal Highway bisects Mugie Conservancy. The increased traffic and speed generated from this project without appropriate corridors will negatively affect species and certainly increase wildlife/car accidents leading to loss of property as well as personal injury and death.

The factor that seems to best predict success of a corridor is first understanding what the animals will utilize and locating it where natural landscape was connected in the past.  A scientist from the prestigious Princeton University in the United States has reviewed the area and recommends reduced speed in the corridors where animals might cross the road and overpasses for greater safety.  Dr. Rubenstein states that based on his experience, elephants and Grevy’s zebra are unlikely to pass through an underpass and it could not accommodate a giraffe.  Overpasses have been successful in Kenya south of Lewa, allowing the animals to migrate between the conservancy and Mt. Kenya.

In July 2015, Mugie Conservancy in partnership with KWS Institute of Zoology collared one male cheetah that travels with another adult male to track their movements.  Over 798 days, the cheetah crossed the road 234 times demonstrating the importance of access to all parts of the conservancy.  These data showed that the cheetahs consistently crossed the road in four locations. These crossing locations are consistent with the movement of other animals shown through data collected through observation of animal sightings and tracks. The Institute recommended that an overpass be placed at two of the crossing locations and speed bumps and underpasses are recommended for others.